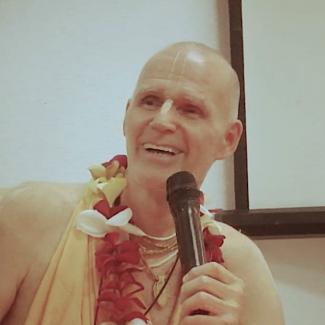 Bhakti Raghava Swami was born in a French Canadian Roman Catholic family. After graduating from the University of Ottawa in 1968, he worked as a Social Worker for some time. He carried the same philanthropic spirit even after joining ISKCON.

To spread awareness about the glories of Gomata and our complete dependence on her for our spiritual, material and economic survival, Bhakti Raghava initiated the global OM Sri Surabhi Campaign in 2015.

Bhakti Rhagava Swami, a disciple of Srila Prabhupada, is an educationist, spiritualist, social activist and a prolific author of several books and articles. He is now pursuing his doctoral research in Sociology from Osmania University in India. 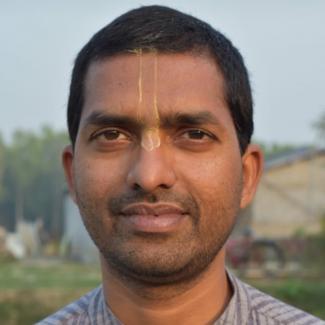 Prananatha das is a nature cure practitioner as well as a certified Asthanga Yoga teacher. He holds a PhD in Yoga philosophy. He is a practicing Yoga teacher and therapist since 2001. He studied Ashtanga Yoga at KPJAYI, a traditional yoga shala in Mysore, from 2008 to 2016. He holds a diploma in Nature Cure, a Master’s degree in Yoga Therapy from Mangalore University and a Ph.D. in Yoga Philosophy from the University of Mysore. Presently, he is travelling and sharing his experience in many yoga schools and studios. He teaches yoga in India, China, Finland, Russia, Vietnam and Indonesia. 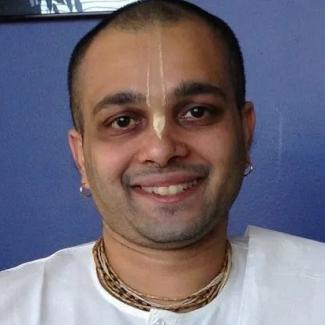 Gaura Nataraj das is an Author, Master Yoga teacher, Astrologer, Marriage counselor, Yogic diet consultant and spiritually a Bhakti yoga practitioner. He holds a Masters degree on Yogic sciences from Mangalore University. He has traveled all over India and the United States teaching yoga and counseling individuals and families using traditional sciences like Yoga and astrology. 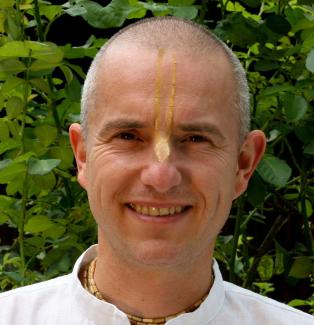 Dhira Nitai das graduated from ISKCON GBC College for Leadership Development. He is bhakti-sastri teacher, violin teacher, yoga and meditation teacher and author on meditation, mindfulness and well-being. He was first and second initiated by HH Bhakti Tirtha Swami Maharaja. He is a father of three children.

He serves with his family at ISKCON Jandelsbrunn Simhachalam farm community, Germany, as a teacher, preacher, cook and pujari. 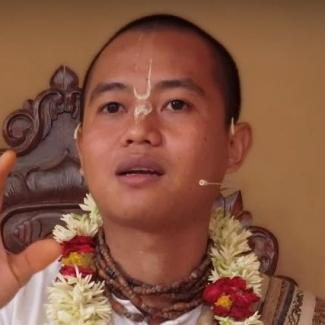 Vishnurata das is from Indonesia, but he currently serves as the Director of the Secretariat office of the ISKCON Daiva Varnasrama Ministry—India in Mayapur. He also serves as the Project Manager of the Vedic Cultural and Educational Center, Cambodia. He also conducts the ISKCON Disciple Course at various places, mostly in South India. 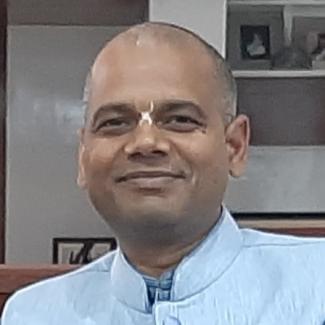 Dayal Mukunda das is a disciple of H.H. Radhanath Swami. He has accomplished his B.Tech in Marine Engineering. He is a strong propagator of Cow-Protection. Currently he is the Chairman of People for Animals International and Director of Human Animal Relationship Institute.

He has been instrumental in conducting hundreds of animal welfare village programs, including Nandi Sanctuary, as well as many educational programs for school children. He also managed an ISKCON goshala for more than 340 cows and bulls.

He is fluent in Hindi, English, Bengali and Russian.